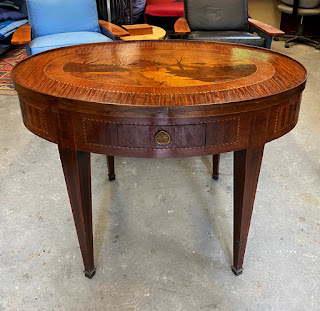 i got a call earlier in the week asking if i was still doing repairs.

i got some pictures via email and decided i would take it on.

it didn’t look like this when it arrived though … 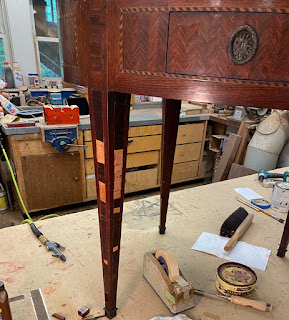 in addition to some flaking and missing quartered

veneer of some kind 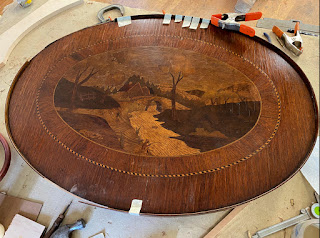 the thin edging around the very nice ( and perfect) marquetry scene

had suffered some insults and some significant  pieces were

shooting off into space or missing completely … 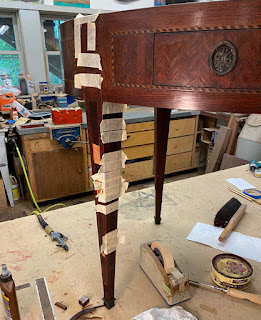 we decided to tackle the sort of easy stuff first,

the missing and loose veneer pieces on the legs and 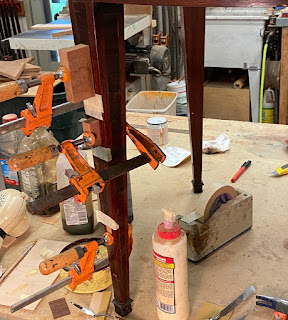 that took a while, but was uneventful, and with a little french

polish touch up it looked pretty original, or at least our repairs

blended pretty well with some previous ones. 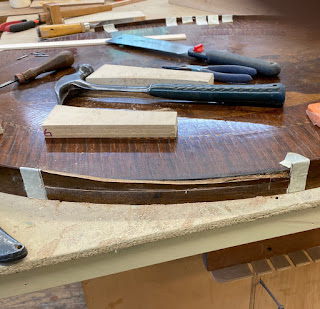 we had two pieces of the broken edging which we were

able to clean and glue back on …

for a number of reasons.  it was obviously glued and nailed to the

which would have been extremely hard to repair and match.

so, i made some short pieces of mdf with matching curves and used my

half way down the thickness of the solid top, and carefully chiseling off

what remained of the broken sections. 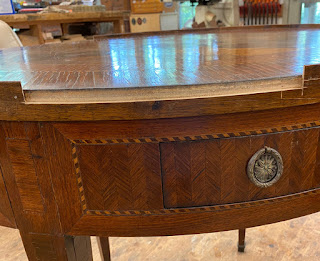 that went pretty well … surprisingly the wood under the

veneer was plywood !! which dates the table sometime after

about 1865 when plywood was introduced for furniture construction. 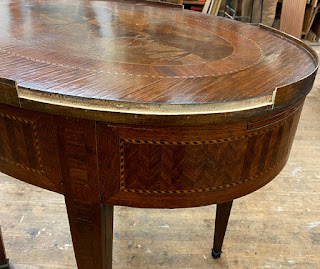 i tried bending a couple pieces of mahogany edging, but 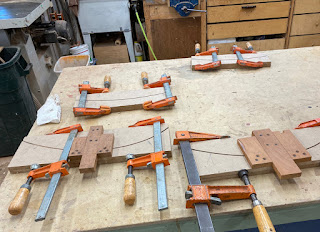 we made two sets of forms, in case i screwed up the fitting, and

we fired up the steamer, steamed them for about 15 minutes

and then put the pieces in will’s banjo rim kiln overnight to dry.

since they were so thin, and i was gluing and nailing them

to the substrate i put them on and finished them today.

match the finish as best i could. 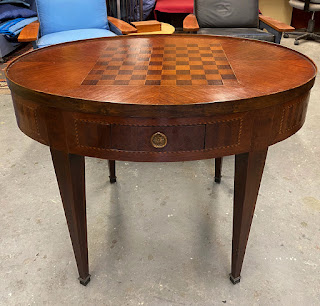 on the other side?  someone spent some time on this piece ..

actually, we did too. 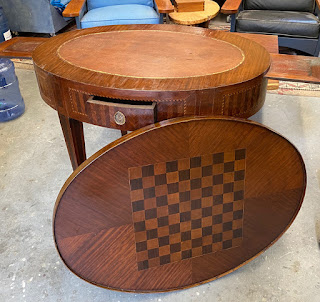